What are the oldest languages on earth?

It seems that academics and professionals are still not entirely sure of how old language is, but general consensus us that it has been with us since around 100 000BC. As a result of this disagreement, it is even harder to accept which is the oldest surviving language. That is, one that is still in use in our modern world.

As far as written languages go, Sumerian and Egyptian seem to have the earliest writing systems and are among the earliest recorded languages, dating back to around 3200BC. But the oldest written language that is still in actual use would probably be Chinese, which first appeared around 1500BC… although ancient Greek also appeared in a specific written form around the same time.

But when a language got written down for the first time doesn’t really have anything to do with how old it is. When we get into languages that are still in use, there are some interesting differences.

Tamil: The earliest discovered written examples of Tamil date back to 300 BC. However, based on other evidence, scientists believe that it first appeared around 2500 BC. And while it may not be known to a lot of people on our planet, today Tamil is spoken by around 78 million people which makes it the longest surviving language in the world.

Sanskrit: Next in line is Sanskrit, the ancient language of India which can be traced back to 2000BC in its earliest written form. . While today only a very small group of people still speak the language, it has had a large influence on several western languages as part of the common Indo—European language root. What you might not know is that the basic language of computers were also constructed along the principles of Sanskrit.

Greek: Best known as the language of philosophers and scholars, Greek is still spoken by more than 13 million people. Records reveal that the language dates back to around 1500BC and is recognised as an official language by the European Union.

Chinese: Chinese is the single most spoken language in the world today with around 1.2 billion people wh consider it their first language. The written origins of the language have been traced back to 1250 BC in the late Shang dynasty. Along with Tamil, Chinese is one of the oldest surviving languages in the world.

Hebrew: While many believe that Hebrew has been used for the last 5000 years, its earliest written examples date only to 1000BC. It is also an interesting example because it ceased to be a spoken tongue from 200 CE to 400 CE and was only really resurrected as a living language after the creation of the state of Israel after the second world war.. At present, around 9 million people speak Hebrew across the world.

This is just a short list of the languages that we still recognise and use today. We know there have been many more languages but they are either no longer spoken, or lost to history as no written records have ever been found.

Don’t allow yourself to slip into a forgotten history! Scientists have created Rosetta Stone type archives with versions of the same text in many languages as an attempt to leave clues behind about our languages for the day when we are no longer around, or no-one speaks them anymore. Keep a journal and maybe one day you’ll be part of the written record of your language. 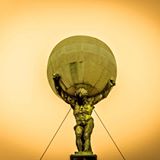